YMCA OF THE USA 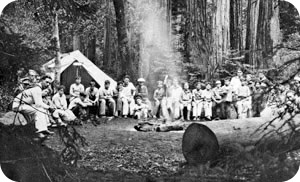 Volunteer founded and volunteer led, the YMCA was established in London, England, in 1844 by George Williams, a draper's shop assistant, to give young men an alternative to life on the streets.

In 1851, Thomas Sullivan, a retired sea captain and lay missionary, started the first American YMCA in Boston. From there, YMCAs spread rapidly across the country. Some were started to serve specific groups such as railroad and factory workers, as well as African Americans, Native Americans and recent immigrants. After World War II, women and girls were admitted to full membership and participation.

The YMCA movement in America has become the largest non-profit community-based organization in the nation, serving 20 million Americans. The nation's more than 2,500 YMCAs unite men, women and children of all ages, faiths, backgrounds, abilities, and income levels. YMCAs are also at work abroad, serving more than 45 million people in more than 120 countries.

YMCA World Service workers were forerunners of Peace Corps volunteers. The YMCA assisted in the formation of other major voluntary groups such as Boy Scouts, Camp Fire, and the USO.